From Łódź to London

One year after Adolf Hitler became Chancellor of Germany, Szyk ended his seven-month U.S. trip to return to his hometown of Łódź, Poland. He sensed the danger that Nazism posed to the world, and to the Jews of Europe in particular, and so mounted an artistic response.

Szyk spent the mid-1930s illustrating The Haggadah, retelling the ancient Passover narrative as if it were an event unfolding in his own time. He portrayed the ancient Hebrews as Eastern European Jews and the Egyptians as modern-day Nazis, complete with blond hair, blue eyes, and swastikas on their clothing. As Germany was growing more powerful by the day, no publisher in continental Europe was willing to produce a book with overt Nazi symbols. (Szyk ultimately removed them.) 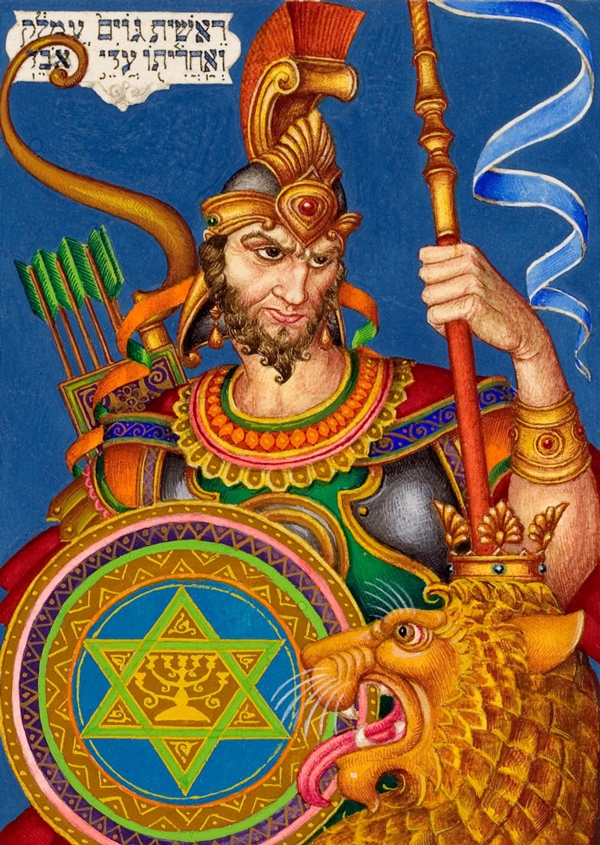 The Great Halleil from the Haggadah (detail), 1935 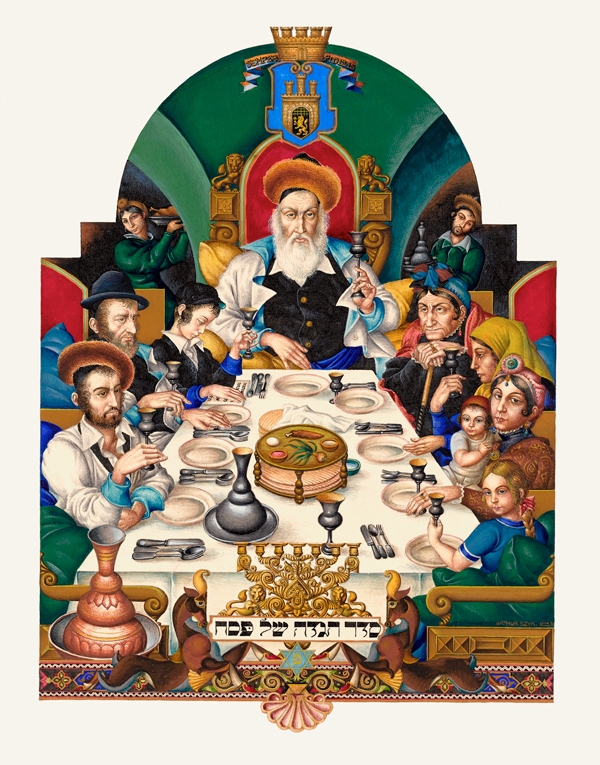 The Family at the Seder from the Haggadah, 1936 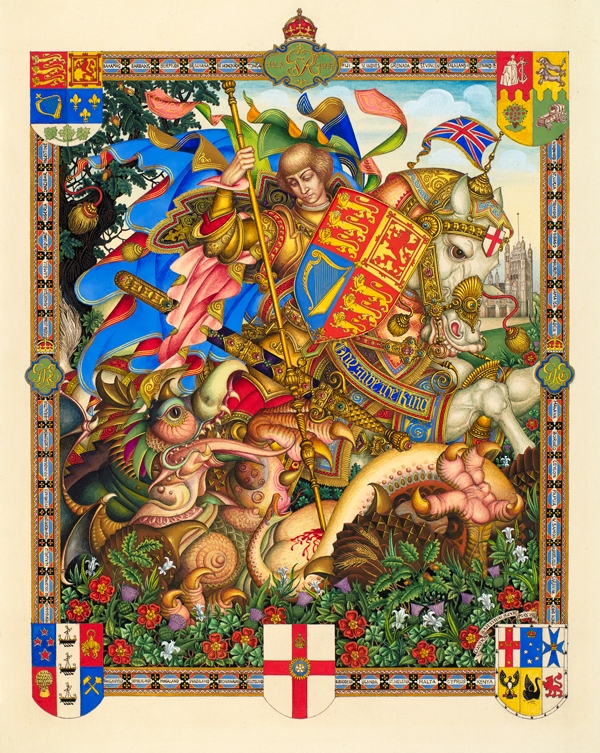 Saint George and the Dragon. London, May 1937 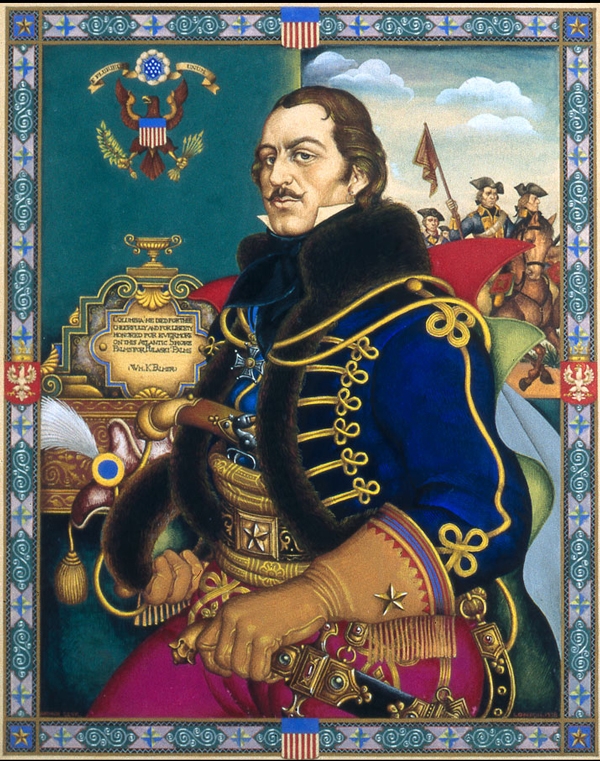 Szyk brought his 48 illuminations to London, where he spent his time supervising the publication of The Haggadah. As in Paris, galleries in London—such as the Brook Street Gallery—were eager to show his work, especially after newspapers reported Queen Mary’s purchase of a Szyk miniature painting of St. George and the dragon.

Next: Learn about Arthur Szyk’s WWII and Holocaust period.