With the support of the British government and the London-based Polish government-in-exile, Szyk immigrated to New York in 1940 to publish his scathing war cartoons and persuade the Americans to join the Allied war effort. He quickly earned a reputation as a “soldier in art,” fighting a personal war for the survival of democracy and the survival of his people, the Jews of Europe.

In early 1941, G.P. Putnam’s Sons published a collection of Szyk caricatures, The New Order, the first anti-Nazi book of its kind. By the time of the Japanese attack on Pearl Harbor, Szyk was firmly embedded in American pop culture. Nearly every American was familiar with his iconic caricatures of Hitler, Mussolini, and Hirohito, which were featured on magazine covers, as newspaper editorials, in advertisements for war bonds, at USO bases, and even in U.S. War Department pamphlets and films. 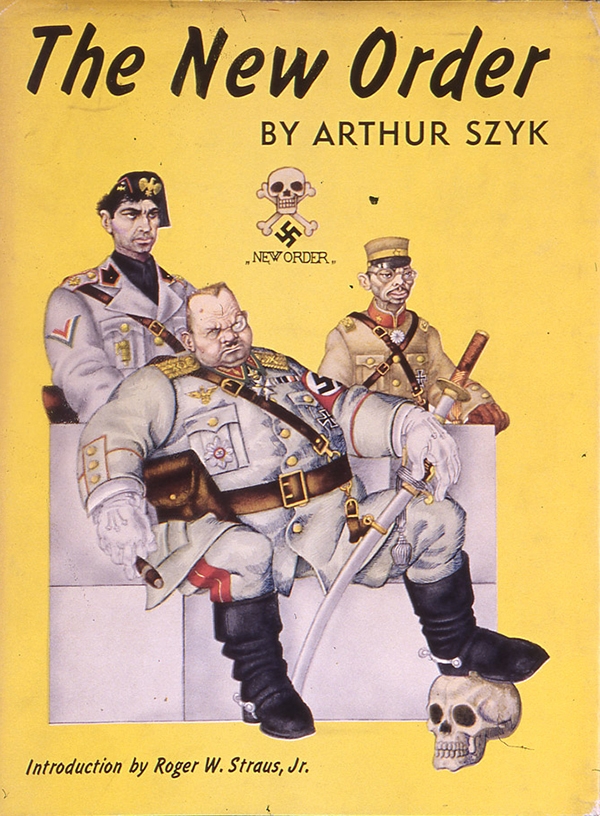 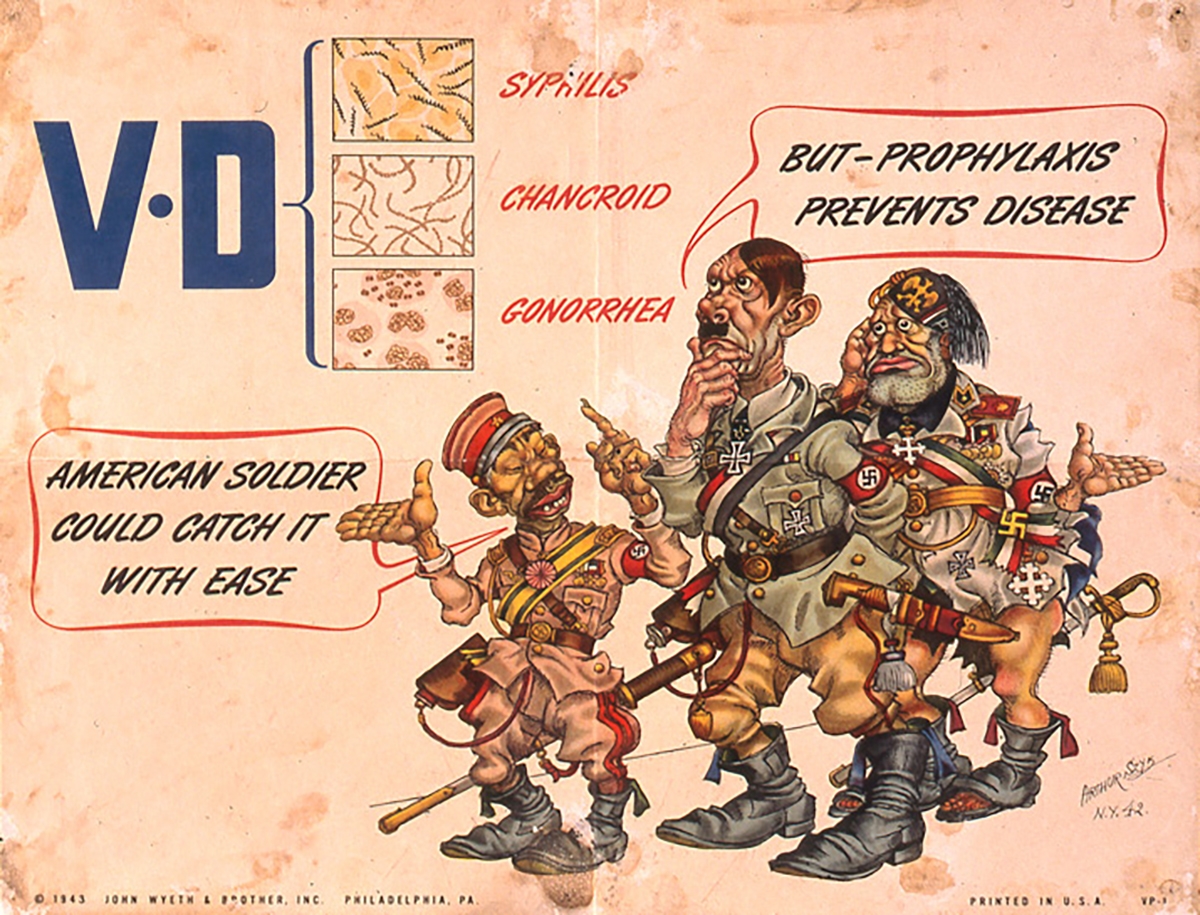 VD: American Soldier Could Catch It with Ease, 1943

Save Human Lives poster stamp booklet, commissioned by the Emergency Committee to Save the Jewish People of Europe, 1944

Though Szyk’s satire proved popular and effective, ridicule was not Szyk’s only tool against the Axis. He frequently appealed to his audience’s compassion and sense of decency, denouncing the wartime suffering of innocents—most notably in his artwork for the Peter Bergson Group, an organization that lobbied for the immediate rescue of European Jews.