Following the war, Szyk returned to his career in fine art and book illustration. He was commissioned to illustrate such classics as Andersen’s Fairy Tales and The Canterbury Tales. His Visual History of Nations series celebrated the national pride and histories of the member countries of the United Nations (e.g., Canada, Poland, China). 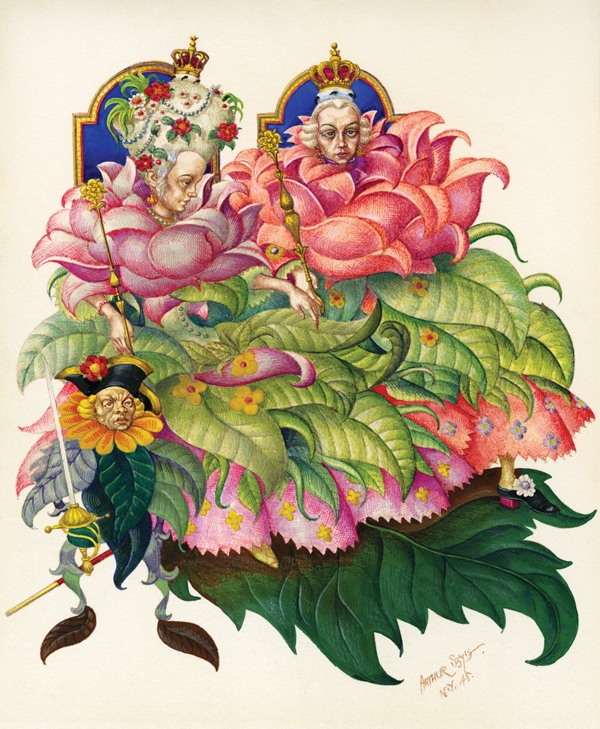 King and Queen of Roses from Andersen’s Fairy Tales, 1945

China from the Visual History of Nations, 1947 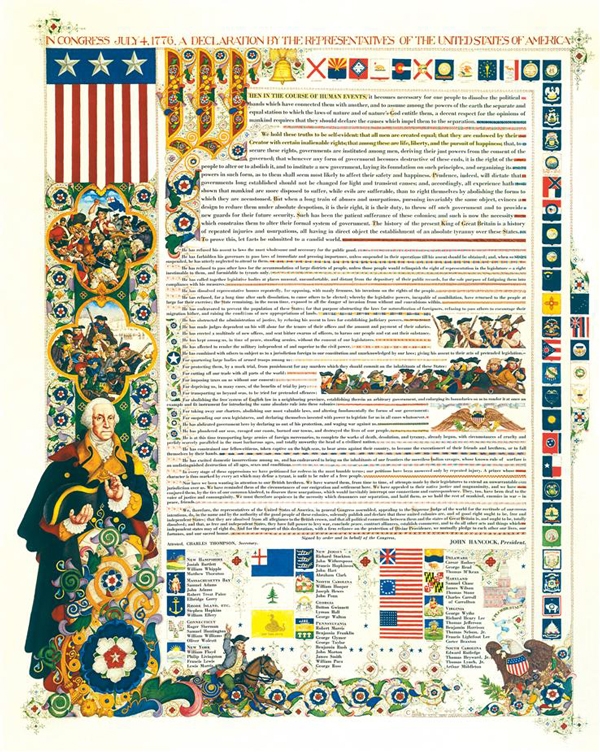 Declaration of the United States of America, 1950

Upon the creation of state of Israel, he turned his attention to Judaica, dedicating six months to his famous Proclamation of the Establishment of the State of Israel. In the studio of his estate in New Canaan, CT, he created his most inspiring Americana, including his illumination of the Declaration of Independence. (He became a naturalized U.S. citizen in 1948.)

His post-war happiness was shattered in 1949, when Szyk learned that the House Un-American Activities Committee had identified him as a person of interest. Within months, Szyk suffered a series of heart attacks. He died in September 1951, possibly due to the stress of the pending House investigation. (The charges against him ultimately proved unfounded.)

Next: Learn about Szyk’s art.